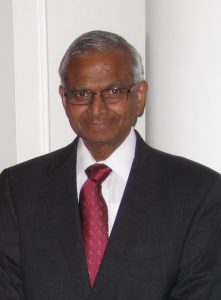 With deepest sadness and sorrow we share with you the demise of Dr. P.R. Perumalswami, Co-Founder of Tamil Nadu Foundation. He was TNF’s Second President from 1977 to 1979.  Dr. P. R. Perumalswami (May 1, 1940 – October 29, 2017), hails from Parambakatoor, Kadukkampalayam village,  near Gobichettypalayam in Erode district. He started his journey to the U.S. in 1964 in a bullock-cart to the nearby bus stand at Gobi and then by train and ship for several weeks. After his doctoral degree from University of Minnesota and tenure as a faculty at the South Dakota School of Mines, he mentored hundreds of young engineers for three decades at Ford Motor Company.  Dr, P.R.P. was one of the four founders of TNF in 1974 and was its Second President. He spent several weekends in the late 1970s travelling across the U.S.to establish TNF and enroll new Life Members. During the last few years he was silently working behind the scenes in supporting the Michigan Chapter of TNF and in mentoring the next generation of TNF leaders. His leadership and involvement in TNF has uplifted several thousands of underprivileged Tamils over the past four decades.  Dr. P.R.P is survived by his dear wife Mrs. Vadivu, daughters Santhi, Ponni and Chithra, their husbands and three grand daughters.

“Dr. Perumalswamy was a very humble and compassionate leader. This is not just a loss to his family but for the entire TNF community.”
– Thiru. Mohanam, Past President TNF